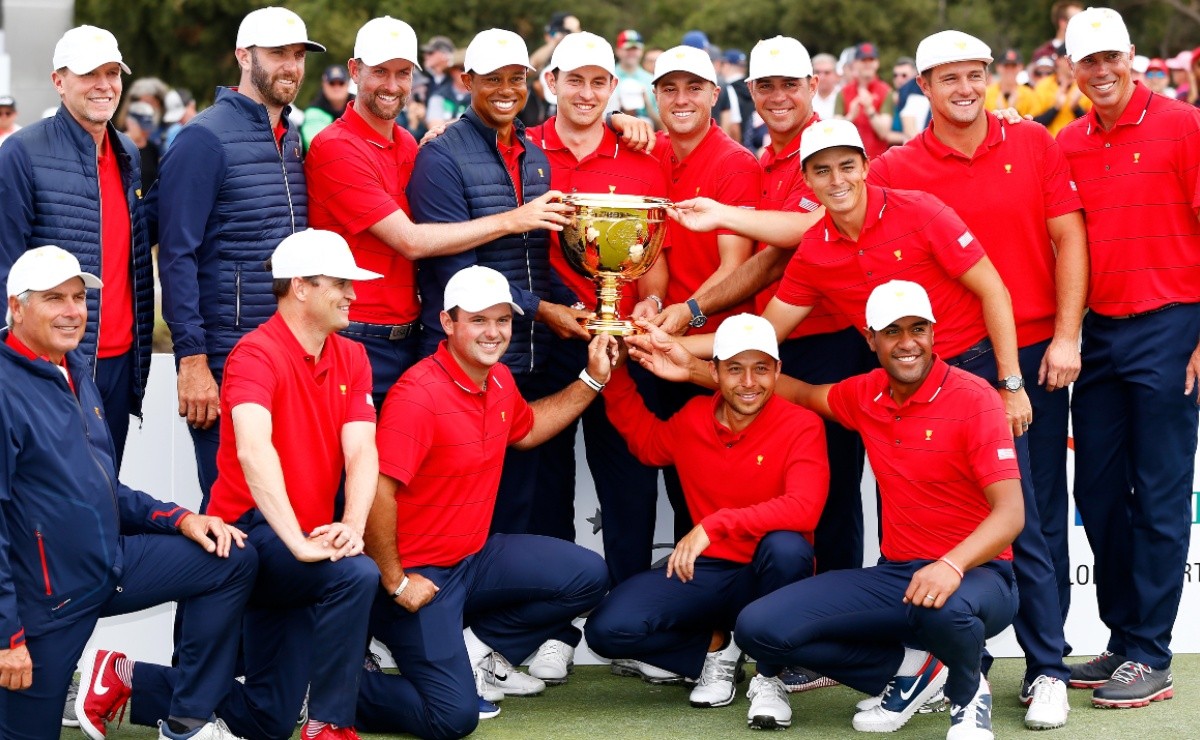 Team USA will try to win the Presidents Cup for the ninth consecutive time when they host the international team. Here you will find the full programme, dates, tee times, teams and TV Channel to enjoy the event.

The 2022 Presidents Cup is finally here after a long wait due to the covid-19 pandemic. The 14th edition of the team tournament will be held for the first time on Famous Quail Hollow Club in North Carolina. Here you will find all the details about the schedule, dates, tee times, teams and TV channel to watch for free or to stream live. In the US you can enjoy the Presidents Cup in fuboTV (free trial).

The Presidents Cup is a wonderful tournament that presents golf matches between Team USA and the International team (Rest of World players without Europe). After 13 editions, the supremacy of the United States is clear with an impressive 11-1-1 record. The lone win for the International Team came in 1998 at Royal Melbourne in Australia.

The 2022 Presidents Cup will be played September 22-25 at Quail Hollow Club in Charlotte, North Carolina. Here are the key dates and schedule if you want to follow the clash between Team USA and the International team. All action will be available on fuboTV (free trial).

Thursday’s schedule consists of five fourball games and five foursome games will be played on Friday. On Saturday, there are four four-ball games in the morning and four foursomes in the afternoon. On Sunday, the final session consists of 12 singles matches in which each player must participate. Each win in the matches is worth one point and a draw is worth half a point. An important detail: if the event ends in a tie, the teams split the Presidents Cup (unlike the Ryder Cup where the draw is in favor of the defending champion).

The 2022 Presidents Cuprepresenting the 14th edition of the tournament will be available in fuboTV (free trial) and peacockTV in the U.S. Other options if you want to follow the event in the United States are NBC and the Golf Channel.