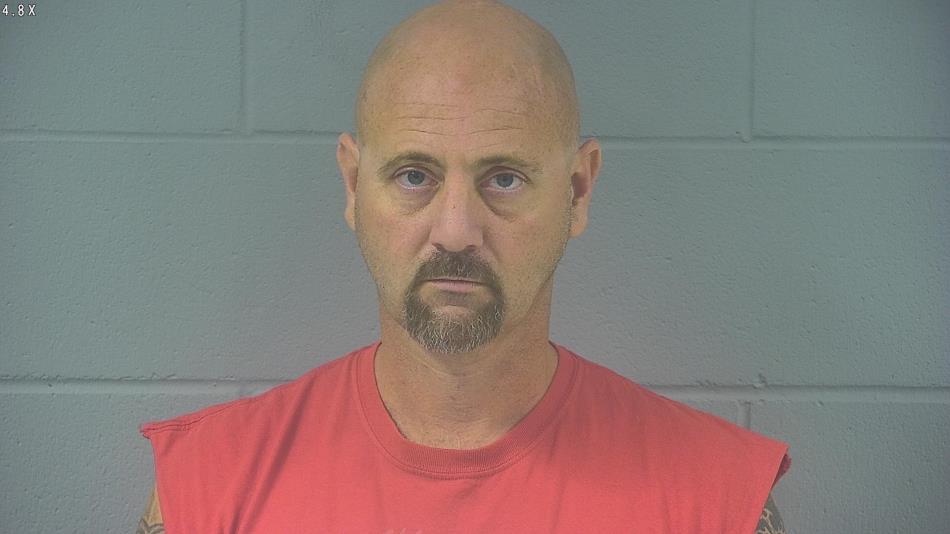 HANCOCK COUNTY, Ind. – A New Palestine man was arrested after police said he fired a gun multiple times outside his home while Little League baseball games were being played nearby.

Police spoke to a man in the house, identified as 43-year-old Jason Linville, who told them he fired three shots from his 9mm pistol at chipmunks in his backyard.

After a Hancock County sheriff’s deputy issued a warning for violating an ordinance against firing a firearm within 100 yards of a home not related to crime prevention, Jason said Linville reportedly said that what he did was “stupid” and that he was sorry.

As the deputy left in his patrol car, according to court documents, he was waved off by a woman who identified herself as Linville’s wife.

The woman told police that Jason Linville pointed a gun at her head and then shot it into the ground several times.

The shots were fired while games were being played at the nearby NPYL stadium. The game was stopped and all players were removed from the field as a precaution. Several people who left the game approached police outside the house to say they wanted to make a statement.

Several witnesses described hearing gunshots, then stopping and starting again. One of the witnesses said he heard as many as “15 shots very fast” in one of the cases.

The witness also said several people could hear bullets hitting the batting cages, and another said they could hear them coming “through the trees.”

Some witnesses told police that a father of one of the players went to the suspect’s home and spoke to the man there, but there were no details about the conversation.

Shots fired at IMPD during past shooting investigation

Court documents claim investigators found no margin damage, but they did find a bullet hole in a detached garage and shed on the property. Used grenades were also found on the back porch of the house and in the shed.

Jason Linville was arrested and provisionally charged with pointing a firearm at another person and criminal recklessness with a deadly weapon.

Police said Linville told them where he hid the gun in his home, but court documents show investigators have not found it.

The NPYL issued a statement to family members following the incident, stating that it is “committed to creating the safest environment for our players and families.” It went on to thank parents and coaches who contributed to everyone’s safety by getting players off the field.