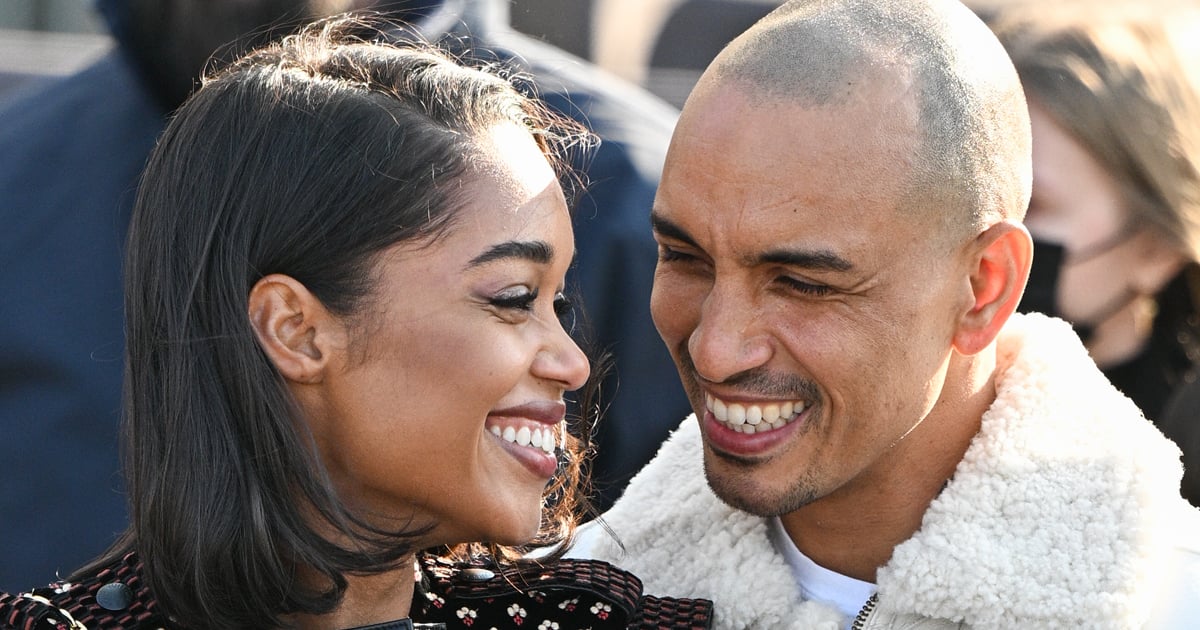 Laura Harrier is officially engaged! On September 20, the “Spider-Man: Homecoming” star announced that she and her partner, Sam Jarou, are getting married after nearly three years of dating. “Yes. We recently got engaged, which I’m really excited about,” Harrier confirmed in her recent Cosmo cover story, in which she also spoke about self-care, mental health and the importance of black women in the film industry.

“[It’s] the cliché of when you know, you know. I never really believed it until it happened to me.”

Harrier’s fiancé Jarou is a freelance creative consultant who splits his time between France and Los Angeles. The pair first met over dinner in LA in 2019 and have kept the details of their relationship private ever since. “He’s the first guy I’ve dated that I’ll actually listen to when he gives me outfit advice,” admitted Harrier, whose Instagram grid is brimming with style inspiration.

Speaking of the engagement, Harrier added: “It was very simple and sweet in Paris. I’ve never wanted such a big showy public engagement. That’s just not my personality.”

Before meeting Jarou, Harrier was in a romantic relationship with Golden State Warriors player Klay Thompson, whom she first met in 2018. The pair had an on-again, off-again, off-again relationship, which reportedly broke up in April 2019 to reconcile in July and a trip to France the following month. Harrier and Thompson never officially announced their divorce on social media, but the “BlacKkKlansman” star has happily moved on and found the person she wants to spend the rest of her life with.

“[It’s] the cliché of when you know, you know,” she told Cosmo about finding love with Jarou. “I never really believed it until that happened to me. It’s a funny feeling when you just find peace and calm.” She continued: “I also really believe that you have to be ready in yourself before you can find someone else to be with, which I always thought was a cliché, until I felt safe in myself and the person I am and where I stand in life.”

While Harrier hasn’t released any photos of the proposal or her engagement ring yet, we can only hope she’ll share details about the upcoming wedding soon.