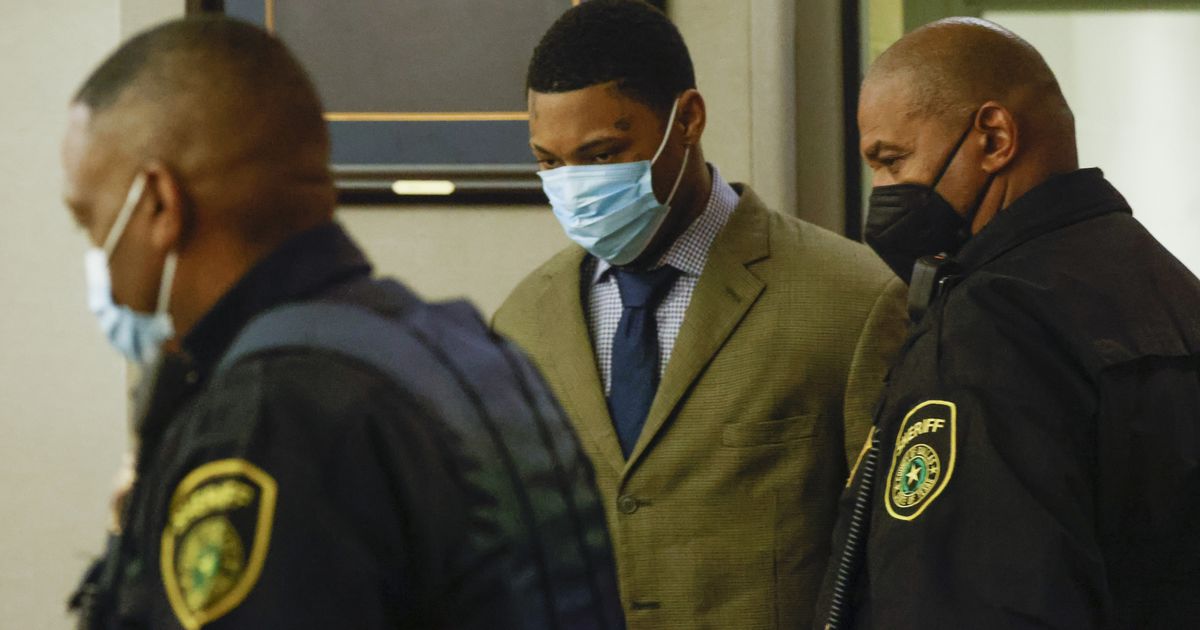 “One, two, three, four,” he repeated to stabilize his chest compressions. Sometimes he counted along with a 911 operator.

His mother-in-law, Patricia Eifert, had been shot in the house Bryant and his wife had just bought in Garland. Her body was found among cardboard moving boxes and plastic bins.

Kvaughandre Lapaul Presley, 21, is charged with murdering Eifert, which prosecutors say was a botched burglary. The testimony in his trial began Tuesday in a Dallas County courtroom.

If convicted, Presley automatically faces a life sentence with no chance of parole because prosecutors do not demand the death penalty.

Bryant arrived home just before 7 p.m. on July 27, 2021, to find Eifert sprawled on the living room floor, face up and covered in blood. He called his wife, Eifert’s daughter, Annie Bryant, then 911.

“Panic is the only word that comes to mind,” Bryant told jurors about his mental state when he called authorities. Bryant pressed his palms to his face several times during his testimony.

Eifert’s family wept from the gallery as the minute-long 911 call rang out in the courtroom.

Bryant described Eifert, who lived in Jasper and worked for the Texas Department of Transportation, as handy and ahead of her male-dominated industry. Jubilant photos of the 60-year-old, who had short white hair, were shown in court.

“There was nothing that woman couldn’t do,” Bryant said.

Eifert was alone at the couple’s new home on the 700-block of Briar Way, fixing broken drawers in the master bathroom at the time of the shooting, Bryant testified. The garage door was open, according to surveillance footage from a neighboring house.

Prosecutors said Presley and his girlfriend, Gabriela Liliana Torres, 22, broke into the Bryants’ home and slipped in through the garage. Bryant told jurors that Eifert’s gun — which she called “Siggy” and carried with her at all times — was missing her wallet, tools, his wife’s briefcase, and a game console case and video games.

Torres is also charged with murder. Her case is pending, according to court records.

Surveillance video from across the alley, across from the home’s garage, shows a person getting out of a black sedan and entering the open garage. The car then backed up through the alley before a second person approached the house.

Minutes later, a person ran from the garage to the sedan, pulled the car into the driveway of the house, and opened the door of a silver sedan, which Bryant testified to belong to Eifert. The person rummaged in Eifert’s car before the couple got into the black sedan and drove off, the footage showed.

CCTV footage from the front door of another nearby home captured loud explosions, which a Garland police officer testified to be gunshots.

In opening statements, prosecutor Hilary Wright alleged that Presley was in the house for more than six minutes. She said his fingerprints were found at the crime scene.

However, Heath Harris, Presley’s lawyer, said there is “no evidence he was in the house”. Harris, while questioning one of the forensic investigators, said that while Presley’s fingerprints were found on the interior door of the garage, they were not found anywhere else in the house.

Dressed in a blue surgical mask, olive green jacket and navy tie, Presley stoically passed the first day of his testimony. Sometimes he would take notes or bend over to talk to his lawyer.

When he was sent out of the courtroom by the bailiff at the end of the day, he waved to the family. One person whispered back, “I love you.”

The trial continues on Wednesday morning.