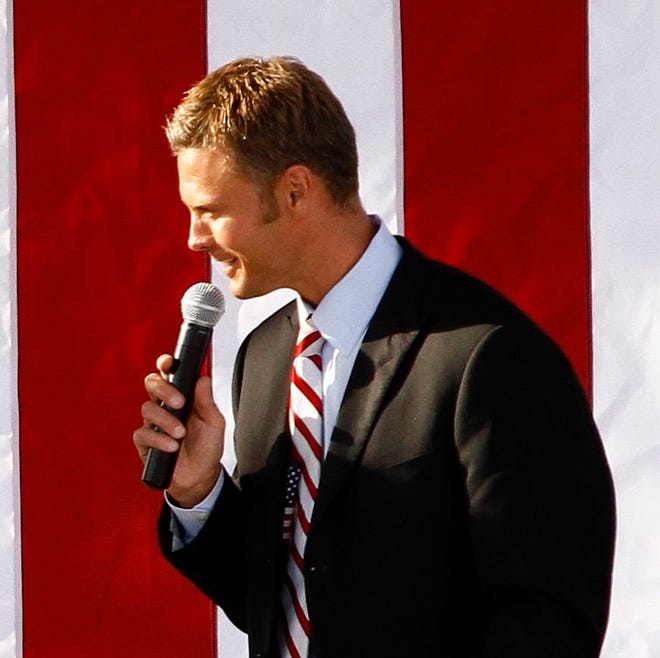 Former WXYZ-TV (Channel 7) anchor Vic Faust makes news in his current home of St. Louis, but not the kind a media figure would want.

Faust launched an off-the-air rant at the woman who co-hosts his morning radio show in town. In his profanity-laden comments, he spent about four minutes verbally insulting Crystal Cooper, according to a report Monday by the St. Louis Post-Dispatch.

A recording of the tirade was sent anonymously to the newspaper.

According to the Post-Dispatch, Faust and Cooper had “an awkward exchange after Faust became annoyed by Cooper’s criticism of his computer skills, something that had surfaced on a previous show.” On the broadcast, he called her a liar and said she was stupid for bringing up a topic he thought was stupid.

Out of the blue, Faust lashed out at her with obscenities, calling her fat and filthy and repeatedly “using a curse word usually aimed at women,” as the paper subtly put it.

Faust said on the recording, which contained several other demeaning comments: “You’re an (expletive) mom, you don’t even know the topics we’re talking about. You’re just stupid.”

He also told Cooper not to return to the radio show. According to her Facebook page, she quit her job at the station that same day.

Faust was born in the St. Louis area and grew up there. He graduated from the University of Missouri, where he studied on a football scholarship. He has worked for both radio and television and launched his TV career in 1998.

Before returning to St. Louis, he worked at two Missouri television stations, one in Tulsa, Oklahoma, and at WXYZ in Detroit, where he spent 11 years. He started at WXYZ in 2004 and was a sports reporter and broadcaster before moving to the news desk.

In 2015, he left Motor City (where he anchored the Channel 7 morning and afternoon news at the time) to become a news anchor at KTVI, the St. Louis Fox affiliate, where he anchors the 5pm and 9pm newscasts.

Although Faust confirmed to the Post-Dispatch on Monday that the confrontation had taken place, he did not comment further than saying there was “background” to what happened.

On Tuesday, the paper reported that KTVI executives declined to comment on Faust’s status with the TV station. It also reported that his radio show appears to be on hold.