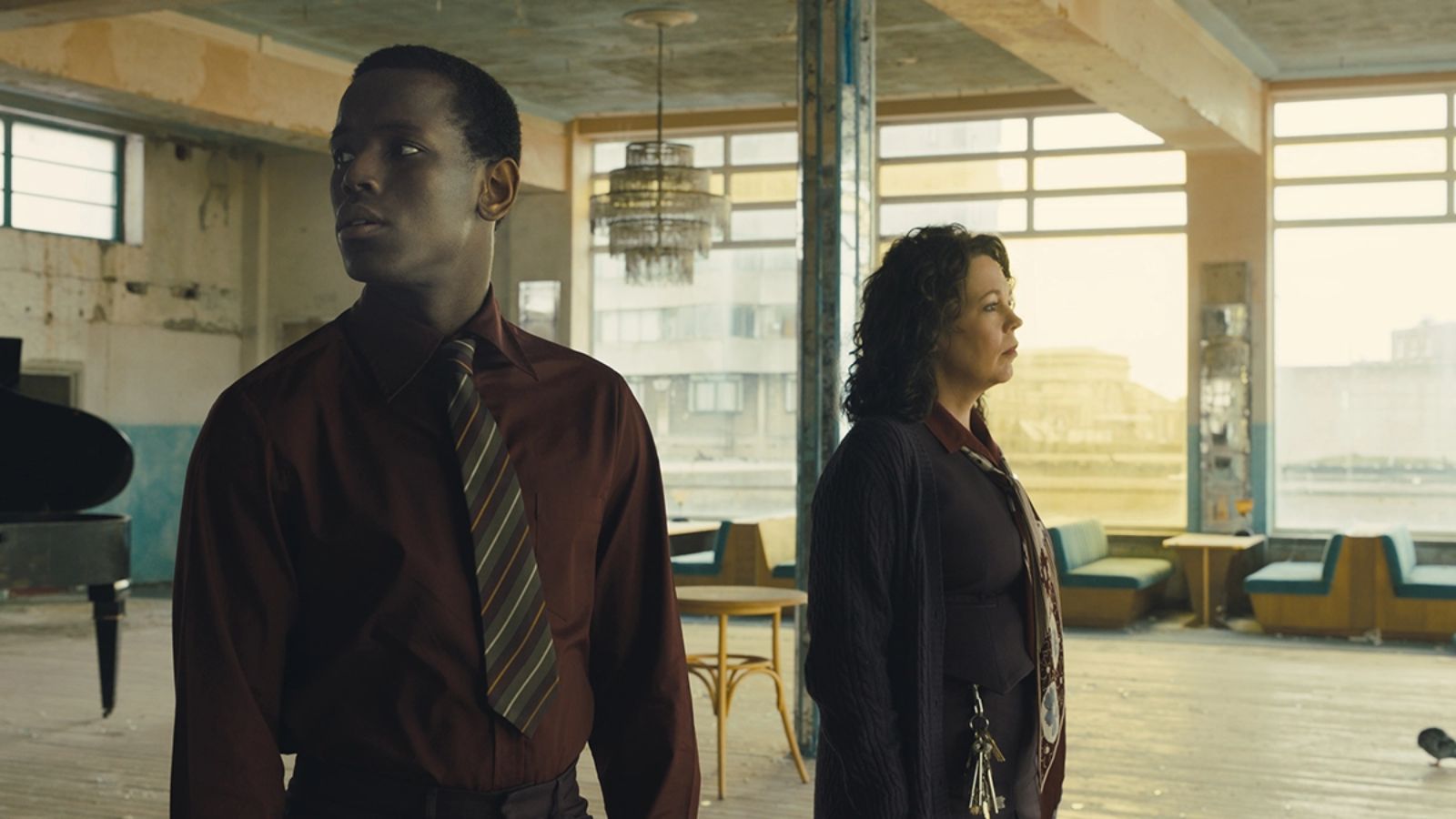 Any movie about the value of movies should be met with a healthy degree of skepticism. There’s clearly self-satisfaction (maybe it’s just me, but spending two hours on one’s own horn doesn’t sound like the best way to pass that time), plus the inherent clashes with both the medium and reality itself. Using a visual art form to tell viewers about its magical nature goes against all of the “show, don’t tell” advice, and given the current state of cinema, there’s a point where these kinds of claims can seem like they insist that everything is fine while it bleeds. There are plenty of examples of great movies about cinema, but it’s a subject that can easily backfire, as in Sam Mendes’ Realm of Light.

To be fair, Mendes’ film isn’t exactly sentimental when it comes to the subject of cinema, though there are a few indulgences. The Empire’s central location, a seaside theater in southern England, acts as a common public escape point that has remained stable over the years. Hilary (Olivia Colman) manages the front of house and concessions while living a lonely life outside of work, with mental health issues that her doctor keeps a close eye on. She also has to deal with her predatory boss Mr. Ellis (Colin Firth), as he uses her for sexual favors in his office as the rest of the staff get ready for the day. Things change for Hilary with the arrival of new mercenary Stephen (Micheal Ward), a young man who quickly bonds with her and begins a romance.

Hilary and Stephen’s bond, albeit strong and genuine, exists within the walls of a building meant to house all manner of escapes from reality, and once they take things outside the realm, their relationship begins to deteriorate. Mendes’ decision to let his story jump out of the theater rather than have all roads lead to it is refreshing to say the least — it positions cinema going as an important part of people’s lives rather than something essential. But the connections he makes between the Empire’s staff and what they work with are tenuous at best, usually limited to impassioned monologues by Stephen or the theater operator (Toby Jones) and the obvious: cinema. is an escape, an optical illusion of moving photos that allows us to enter another world for a short time. All this is understood, but never felt, and Mendes’ practical placement of cinema in the lives of these characters makes these themes mutually exclusive.

Fortunately for Mendes, he has the talent to surround himself with strong collaborators who can easily make some of his less-than-good choices go down. Colman continues to show off her immense talents, giving Hilary much more nuance than her character has on the page, while single-handedly bringing the entire film as close as possible to the emotional highs it aspires to. Ward also provides a compelling co-lead, and it speaks to his strengths that, after Mendes reduces his character to a political gag – a skinhead meeting in town results in Stephen being brutally beaten for being black, attempting from Mendes to draw parallels with the contemporary Black Lives Matter movement that has all the finesse of that of Tate Taylor The help—Ward manages to get out of such bad writing unscathed. Other crew members, such as legendary cinematographer Roger Deakins and composers Trent Reznor and Atticus Ross, also do a great job and help the film move forward. But up to a point, given the flawed material they work with.

Realm of Light combines a love story, a young man’s coming-of-age, a portrait of a tumultuous Britain in the 1980s, a drama about mental illness and an ode to cinema in its limited setting. It’s a lot of elements that Mendes wants to balance with the escapism of movies as a kind of benevolent constant when it all leads to a well-crafted but unsatisfactory hodgepodge of ideas. Realm of Light would like to remind us of the power of movies when it does a much stronger job of remembering better ones.

Realm of Light screened at the Toronto International Film Festival and opens December 9.