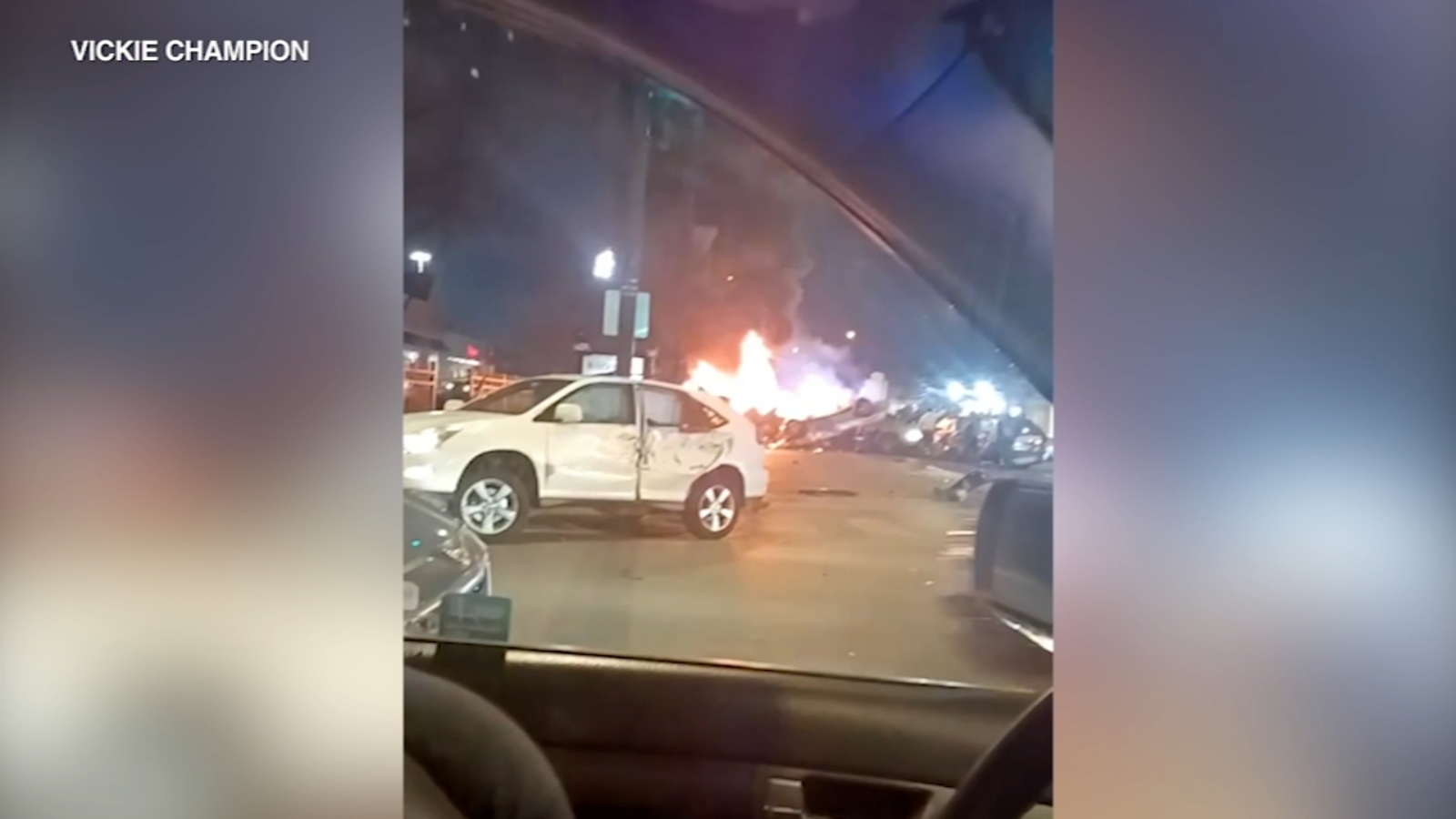 Seven vehicles were involved in the accident near the intersection of 87th and Cottage Grove in the Chatham neighborhood.

A black Dodge Charger was traveling north on Cottage Grove’s southbound lane at about 5 p.m. at a “very high speed” before entering the intersection and hitting seven cars, Chicago Police Superintendent David Brown said. The charger then stopped in traffic, facing south, and immediately caught fire, killing the two occupants.

“This is a very bad accident,” said Chicago Fire Department spokesman Larry Langford. “I’ve seen a lot of them – and this is one of the worst.”

According to witnesses at the scene, the Charger is said to have set off a chain reaction, according to Langford.

Three women, three men and two children, a 10-year-old boy and a 15-year-old girl, were taken to hospitals with injuries.

The Dodge Charger was stolen from Markham earlier in the day, according to Brown. A “long rifle type firearm” was also discovered in the Charger, Brown added.

Mayor Lori Lightfoot stopped at the scene and urged people to slow down.

“This is something we can control. Just take your foot off the accelerator and obey the local speed limits,” the mayor said.

There were about 150 traffic deaths in Chicago last year, Lightfoot said, adding that the city already has 100 this year.

“A lot of that has to do with speed,” Lightfoot said. “If you go at that high speed, you significantly reduce their chances of survivability from anyone you hit — whether it’s a car or a pedestrian,”

The Chicago Police Department’s Major Accidents Division is on scene to investigate the cause of the accident.